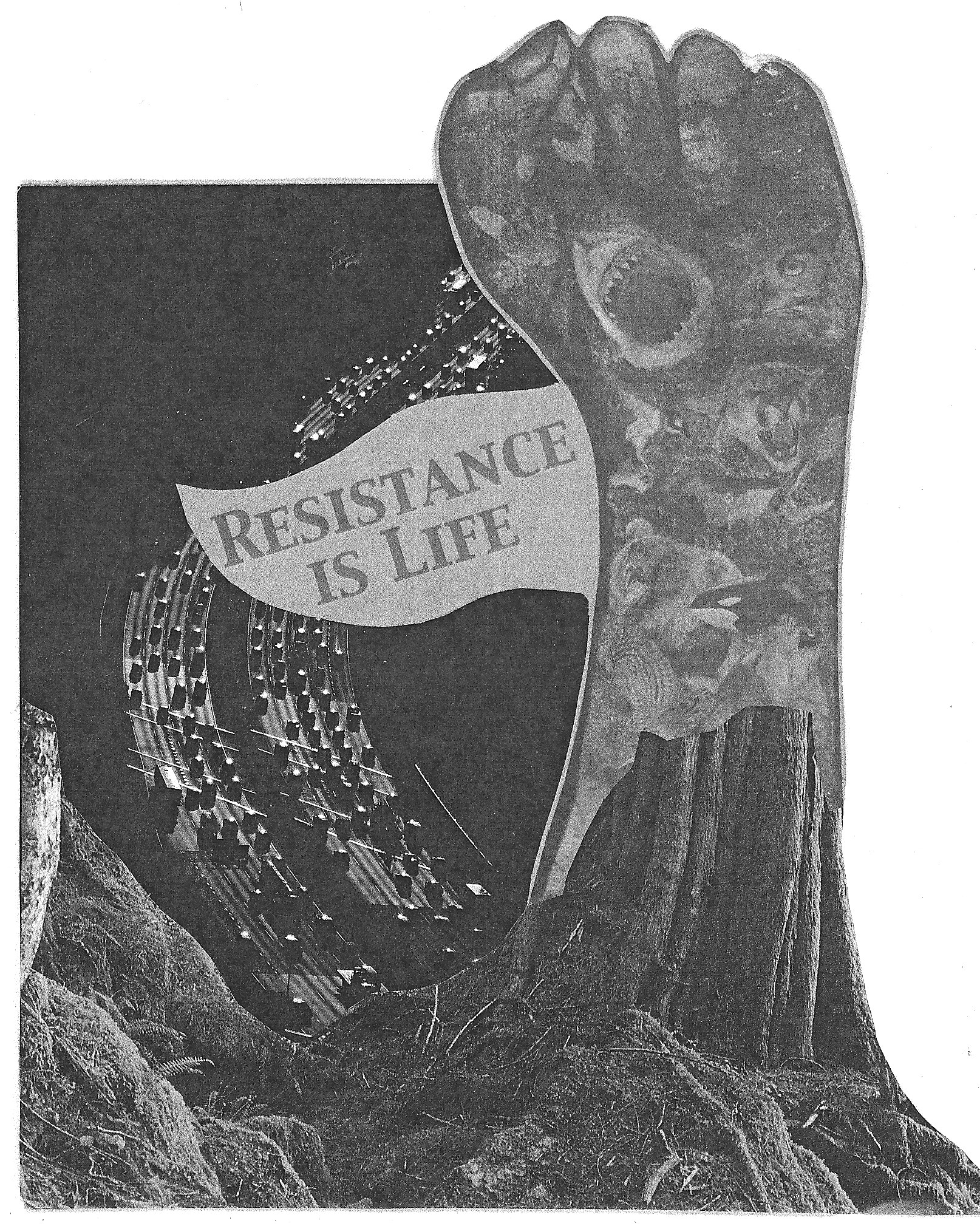 *** The following text is copied from the Youtube video “blockade golden ears bridge (short) feb 13 2010” which can be found at https://www.youtube.com/watch?v=oMhBo1wonA0 (a short clip of which is included in this film)
The uploader (salmonsovereignty) posted this description under the video:
Building Bridges and Highways for greed!
February 13, 2010
Early this morning members of Katzie First Nations and supporters took part in blocking the Golden Ears Bridge for 10 minutes in protest of the creation of this unwanted infrastructure. Its purpose is to transport stolen resources from other sovereign native nations, to be shipped out throughout Asia, and ship in unnecessary sweatshop made merchandise for chain stores. This bridge has desecrated a traditional site that dates back over 3000 years, and negatively impacts our sacred food source, the salmon.
My people have been told when to fish and how big our net can be since our book of rules (Indian act) in 1896. My family has been arrested for fishing when they were not allowed.
The bridge affects my family in many ways. For thousands of years my family has been fishing on the Fraser River. The exact same spot where they built the Golden Ears Bridge is where my father, my grandfather and so on, is where we were taught to fish. The exact same spot we have been fishing is where there is a 6 lane bridge right in between Katzie 1 (Pitt meadows) and Katzie 2 (Langley). That bridge has caused hurt and pain with me and my family. The bridge is built on my peoples sacred burial grounds. That bridge has destroyed the river far beyond Katzies boundaries Because of the bridge Im forced to change my teachings and ways of fishing.
That bridge has destroyed the natural path for the salmon to continue up the river for indigenous people to eat to survive. Dredging gravel out of the river to build bridges and highways for the Olympics is destroying the delicate ecosystem and putting declining fish stocks at further risk.
These people worked on the site where the bridge is now built - they asked to be anonymous because they would lose their jobs:
We dug up history of our ancestors - human remains, arrow heads and beads. They gave us a choice: either we dig up our peoples history or they were going to send non-native people to do it. We were forced and no options from our community! ~Anonymous hired archeologist worker.
After the remains were found, members of Katzie First Nations people were paid to build tiny coffins and bury the bones where they were found. Many of the workers thought this meant they wouldnt build the bridge at that spot.
So many bones were found, in fetal position, and scattered bones were found These are my people; these bones are my grandfathers and grandmothers. After we had a ceremony to bury the bones in small coffins we made, they went ahead and built the bridge anyway right over top of our sacred burial ground ~Anonymous Katzie First Nations worker.
Defending the land now for future generations